MarkTurbo said:
Update on my running in as i've done just over 100 miles now. First start up was done tuesday after cranking the car for around a minute until the oil pressure was up, i let it run upto temperature then switched off as i had to get the radiator sorted out :doh: Last night started the car and let it warm up again then straight out for a drive. As soon as i hit the main road it had 1.1 bar boost and 4000rpm (this is after being driven less than 2 miles :lol did another 5 or 6 miles with quite a few pulls from 2000-4000rpm with varying loads on the engine.

Drove the car to work today to get some more miles on it, after around another 75 miles i've upped the boost to 1.5 bar and taken it to 5000rpm a couple times. I'll be driving it to work again today then changing the oil later on and then i'll be redlining it :twisted: Should have around 200 miles on it by that point ;-)

Just got in from bedding the new brake pads in, there was a lovely burning smell coming from them when i parked it up just now :lol:
Click to expand...

I based my run in on that online guide too, but I just left the turbo at wasetgate pressure of 1 bar.Not tested the compression for a while but last time I did it was around 12bar at each pot on a cold engine.Not sure how much that would go up on a warm one.
P

PobodY said:
I'm already paying the insurance despite it being SORN for about a year now...
Click to expand...

Have you changed it to a layed up policy George?

skiddusmarkus said:
Yeah, not really practical when buying it from a P.O. without spending a lot of money on installing printers capable of doing tax discs.They could do it it at DVLA though so useful for people like me who renew online.
Click to expand...

The tax discs would already be printed, all the PO would have to do is print the reg no and date paid etc which can be done on almost any printer .

MarkTurbo said:
Compression test results after the first time it was run were 182, 180, 180, 176. I'll do another one in a day or two. I've been running it in on mineral oil and was going to put some decent oil in it tomorrow when i change it but apparently changing to fully synthetic too early isn't good for the rings so will probably put some more mineral oil in for a few hundred more miles.
Click to expand...

I'm using the millers running in oil. £20 a tin from opie. There won't be any problems with that and the turbo will there?

bensmith907 said:
I'm using the millers running in oil. £20 a tin from opie. There won't be any problems with that and the turbo will there?
Click to expand...

i wouldnt have thought so.

Excuse my ignorance but if I'm intending on eventually running 1.2 bar am I going to need an uprated turbo actuator. I'm planning on bedding in at 0.7bar then 500 miles @ 1bar on the standard ECU then 1.2bar on the MINES ECU

A good strong standard condition actuator will be fine at 1.2 bar mate.

Nice! Heads back tomorrow hopefuly! Time to crack on and get the thing in

Hopefully with a bit of luck this week I'm going to knock a large chunk off my list of faults with the car so I'm pretty excited:-D

Fwd transfer box? Am I missing something here?

Right may someone please post a picture of a cosworth head gasket as I'm looking at mine and only #4 cylinder has large holes for the water jacket and 1,2and 3 only have small holes. it just doesn't look right to me 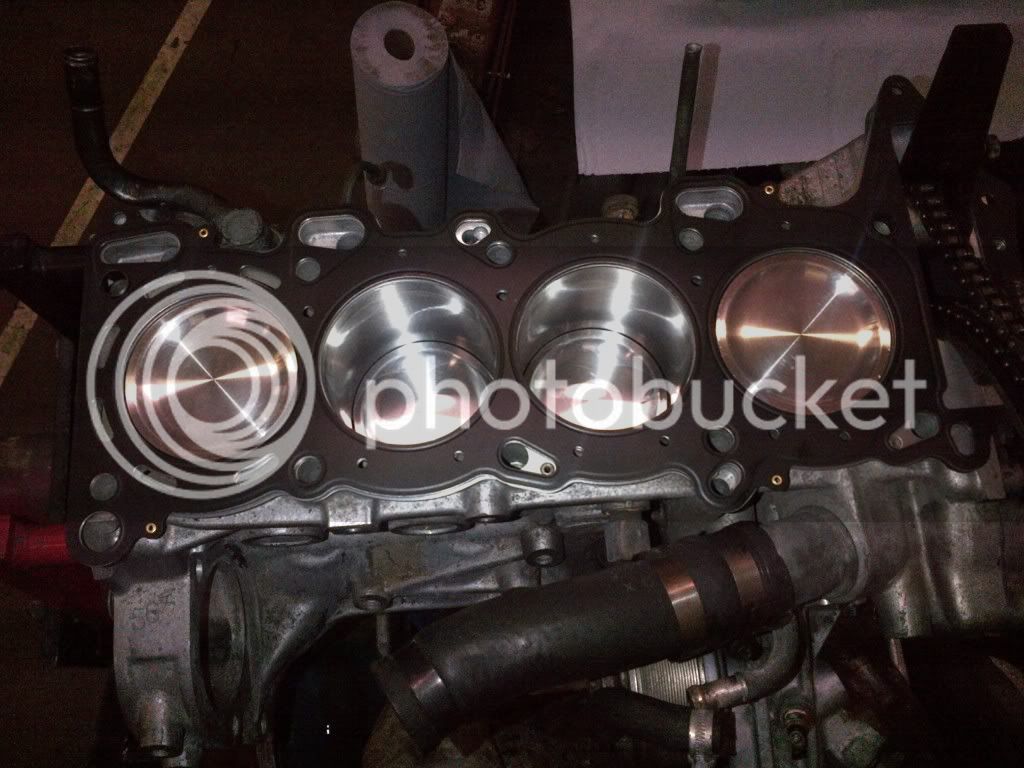 Don't panic! I've just pulled out my old head gasket from the scrap bin and its the same! Answers on a postcard- why do that?

To hold of the water flow so it can cool the block efficiently? This reducing hotspots etc?

But why have larger holes for #4. Are sx200 mounted inline and so #4gets more water cooling because its at the back?

Interesting. Thanks for yet again for enlightining me danny. 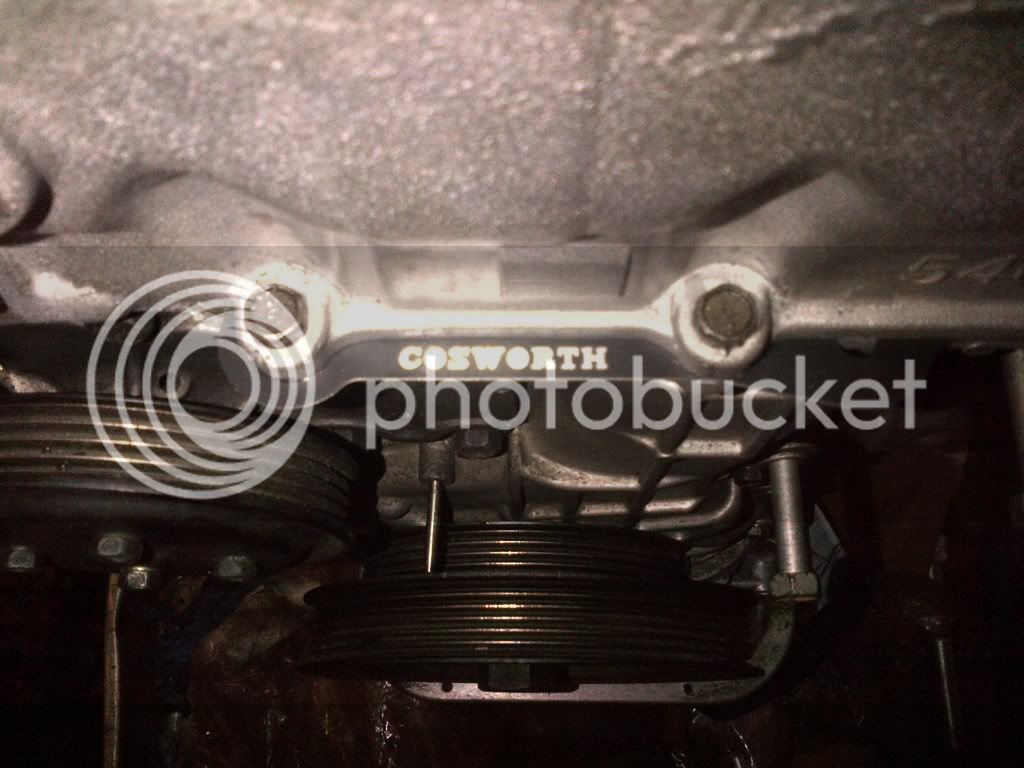 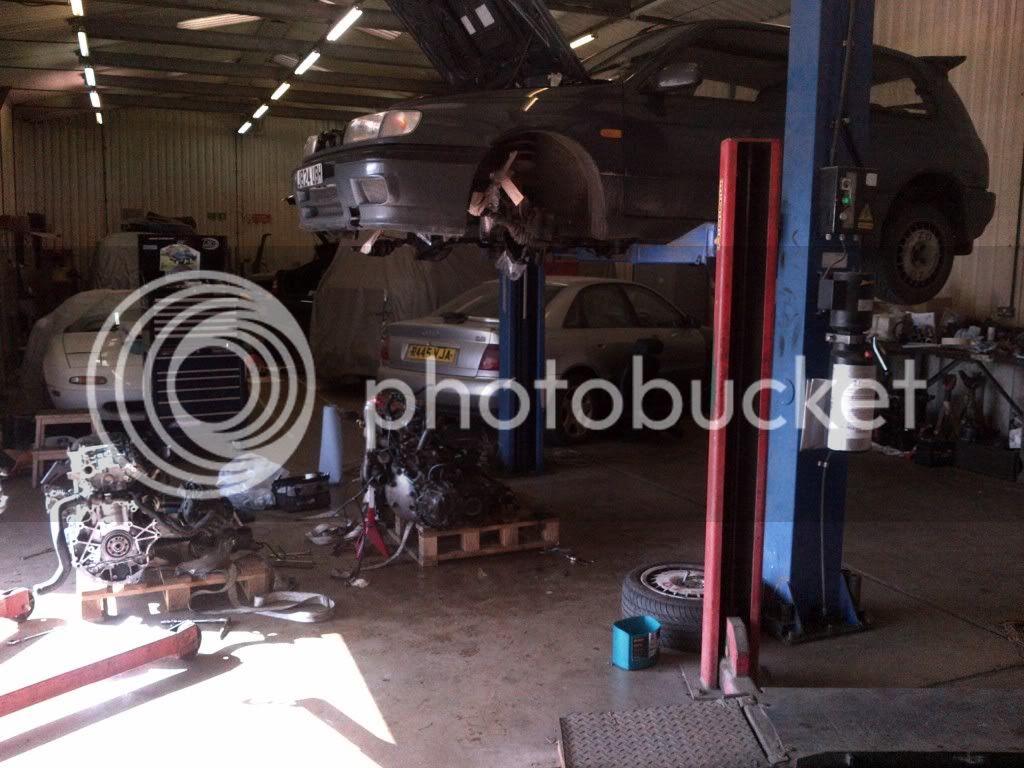