What Induction Kit is Everyone Using?

I was just wondering what Filter everyone is using?

I was reading an article which has tempted me to get a Powertec filter (the metal mesh one) they done a test that showed how restrictive all the big brands and this came out shining.
G

Iv got a HKS filter dont like it tho, from what iv read Apexi and K&N are the best ones to get
M

Nath did u ever try that trust one i gave u?
G

Nah not tryed it, still needs a good clean. I sprayed that purple HKS BOV black and changed all the bolts for stanless ones and stuck it on my new intercooler piping looks pretty good. 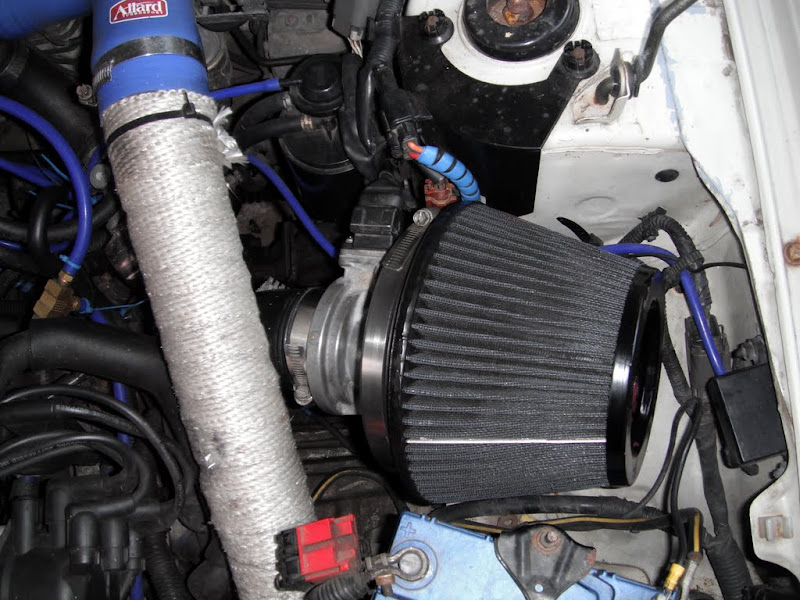 I know there are some articles around looking at which gives the best filtration (I think they say A'Pexi), and others look at which gives the best bhp gain (I think that says HKS), and I know Mighty Car Mods did a test on Marty's Subaru that said the after-market filter actually hurts performance (although I think that a panel filter in the original airbox was best overall, and it was a standard car).

To me those are all a little too simplistic. - The filter needs to be able to remove air-borne particulate matter so that it doesn't get into the engine and damage the internals (I've seen the effect of a "dusted engine" - it's an anchor). The filter needs to be able to flow an appropriate volume of air without restriction; that's where power gains should come from. To some people the induction noise is also important.

I see it this way: The larger the surface area of the filter, the more it can flow overall from the same rate per cm^2. The better the filtration, the less shite I'll get in my engine (so the less damage I do)... and if I've got more surface area it doesn't matter if more filtration gives less overall flow. - Thus I settled on the M's.

It's also worth noting that different filters have different cleaning regimes; K&N say not to clean and re-oil the filter unless it's really mucky. They say that the dust caught in the oil reduces the overall pore size of the filter giving better filtration as more builds-up. I would imagine that the other cotton filters are the same. Foam will deteriorate over time, so you need to periodically check and replace the element; that's why HKS sell spares for them.
I don't know about the metal mesh because I've never looked into them; I'm just not sure that they can provide enough filtration.

The blitz sonic power air filter is pretty good as it comes with a fixed stainless steel heat shield. If you don't have a cold air box this is the one I'd go for.
C

I used the Blitz style for five years. Basically just mesh. It provides enough flow for 2 bar at least. As to the filtration: it stops pebbles and gravel going into the engine at least!

I bought an Apexi dual-funnel filter and tried it but it didnt flow enough. I noticed the spool-up time was longer and it just felt slower overall. Itd probably be fine for a standard tubby but once you get up in power youre going to need a bigger filter, I think.

I used to be with the audi lot here in sweden and they all swear that the kn cotton filters are the best. Just get as big a filter as you can fit in the space.

So we're saying Blitz or K&N are getting good reviews from you guys then. I'm currently using a K&N cotton one that bob sold me with the car but I think its the cheap nasty one and I fancy a change

wash it out and re oil it

right so you think its worth keeping then danny? is it worth fitting in a cold air pipe up to it or do they not really make any difference?

I have to disagree Rob. I noticed a huge difdference between the apexi and the blitz. 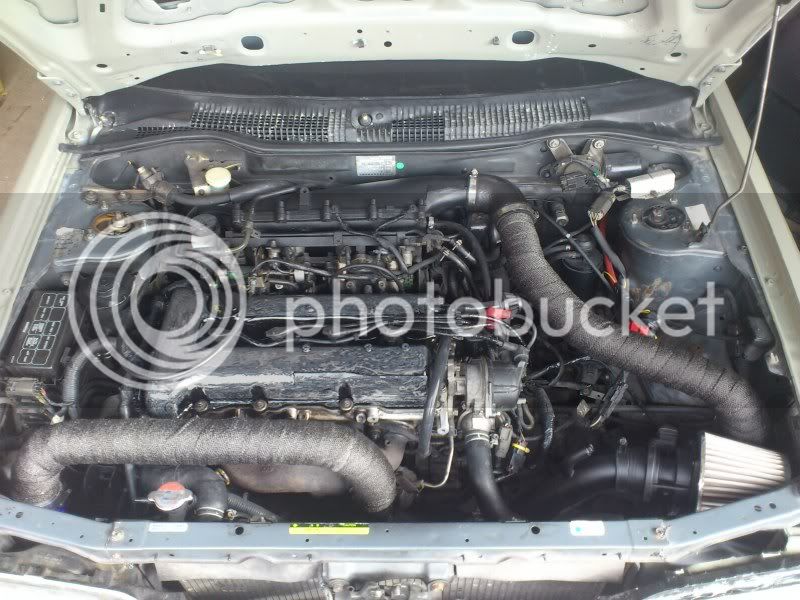 i found this, it shows the power gains, and how well the filter works.. 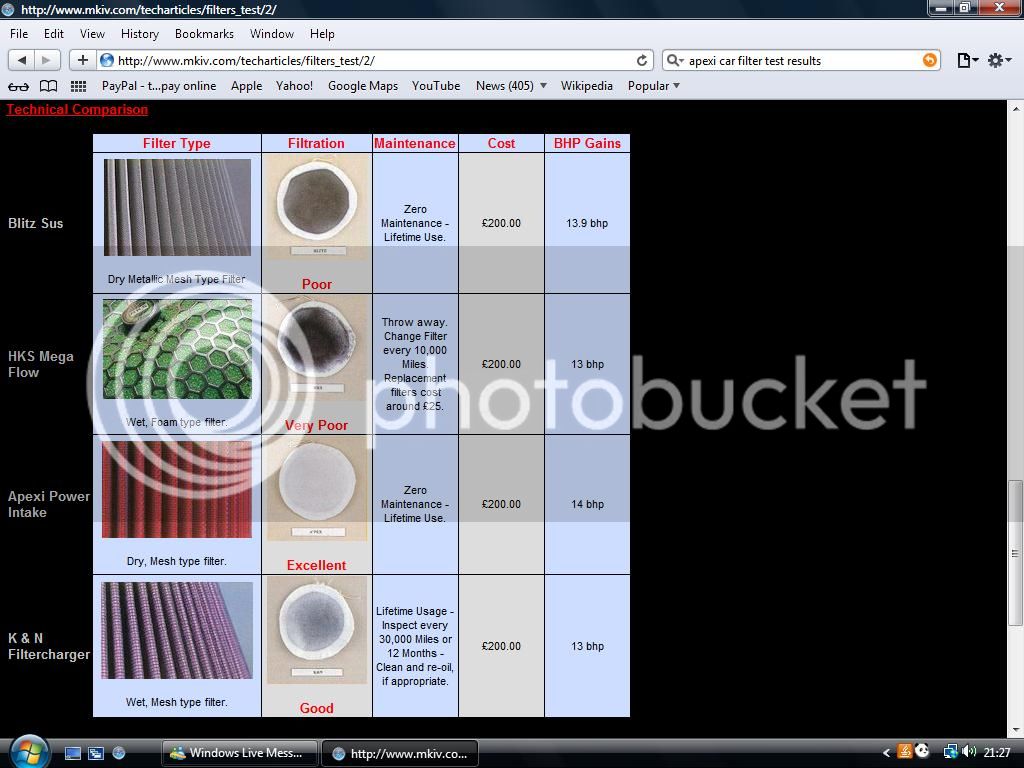 It doesnt say what motor and how much total power there was though. I looked for a bigger apexi but couldnt find one. I e-mailed apexi and they said the one I was looking at would be fine for my power but they were telling porkies. Thats why my recommendation would be as big a kn as you can fit in the space, as kn do huge filters and the filtration is good too
T

does your car run lean?