Thought this might be of intrest to someone on here?

Was in at RA Motorsport in Perth yesterday and they were telling me they were selling all the gear out of one of there Customers Pulsar's
They have the engine on Ebay just now and the rest to follow they said so thought I would post the link.
http://www.ebay.co.uk/itm/110785857657?ssPageName=STRK:MESELX:IT&_trksid=p3984.m1555.l2649

Is that Chris' "AWD Motorsports" car? 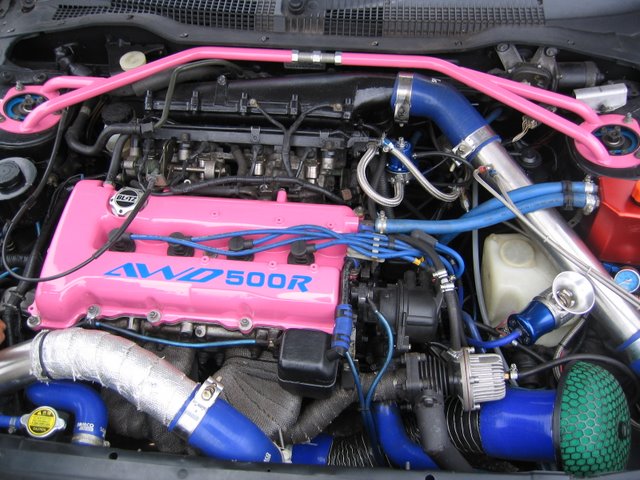 looks like it george, specially the awd engraving on the turbo plate

Seen this car a few times at crail.
M

If it were my ad. I would have posted the RR printout to add credence to the claim. 650 !! Imagine the damage I could do with that...
Tyres wouldn't have a hope. I can fry slicks in 1 lap with 320!!

Went to see this car last year, was in a sorry state.

The engine still sounded nice and had a new turbo on it.

Makaveli_se7en said:
What turbo was Chris running? the only GT30 I can think of that will get anywhere near 650bhp is a GT30/40.
Click to expand...

It was only getting 12's last time I seen it.

Yes, that's just out of sight in the picture, but that's what the gauge is for next to the catch tank.
I suspect the 500R when I last saw it meant they thought it was making 500bhp originally.

Some info on the engine?
M

The car was re-built by AWD Motorsport (originally Nismo, fastest UK Pulsar for a while) and was sponsored by them when it ran at TOTB, however I believe Chris is quite good mates with Andy Napier who left AWD to start up his own company (RA Motorsport) hence the removal of all the sponsorship so the car was looked after them for the past few years.

Anyway the car the never lived up to its "potential", when it ran at TOTB it was literally the first time it turned a wheel in anger and it was power limited by the fact it maxxed the injectors and it wasnt safe to take it any further. Memorys pretty hazy on it all to be honest, I only know this as at the time it was being built my car was in for a new engine at the same time.

That sounds about right. - I remember Chris turning up and saying it was only mapped the night before, and as a result he had to run in the pro class because it wasn't even MOT'd at the time. It was a bit of a baptism of fire.

PobodY said:
That sounds about right. - I remember Chris turning up and saying it was only mapped the night before, and as a result he had to run in the pro class because it wasn't even MOT'd at the time. It was a bit of a baptism of fire.
Click to expand...

Yup, a huge part of the problem was it was never close to being road legal and I believe that was a huge issue in getting the car mapped in the first place as where as my car was able to be live mapped on the road because it is road legal, his wasn't so went down South to be mapped.
You must log in or register to reply here.
Share:
Facebook Twitter Reddit Pinterest Tumblr WhatsApp Email Link
Top Bottom